Cannabis plants produce thousands of compounds, with the most recognised belonging to a class called cannabinoids, of which there are approximately 110.

The discovery of these compounds led to the further discovery of an imperative neurotransmitter system, now known as the endocannabinoid system (ECS). The ECS is widely distributed throughout our bodies and brains and is regarded as being responsible for a plethora of significant functions, such as mood and sleep regulation, memory, and fertility.

Among cannabis consumers, THC (tetrahyrdrocannabinol) and CBD (cannabidiol) are the most well-known cannabinoids found in the ECS, but despite sharing similar chemical structures, the effects they produce are the polar opposite of one another.

THC is responsible for the cannabis plant’s psychoactive effects, whereas CBD is a non-intoxicating compound. Therefore, the ‘high’ that cannabis is known for is not at all related to CBD. The World Health Organisation reinforce this, stating that, ‘’In humans, CBD exhibits no effects indicative of any abuse or dependence potential” and, “the is no evidence of public health related problems associated with CBD.”

Of course, CBD wouldn’t be making waves worldwide if it was simply THC’s non-intoxicating sidekick. It’s the reported properties it does have – like being able to treat epilepsy – that has skyrocketed the compound’s status in the health and wellbeing sector.

Further scientific CBD studies have confirmed that it may also ease symptoms of other ailments like chronic pain and anxiety. Therefore, CBD is becoming an appealing option for people seeking relief from debilitating symptoms, but with the absence of the mind-altering effects observed in THC and certain pharmaceutical drugs.

How does CBD work?

In biochemical terms, THC binds with the cannabinoid 1 (CB1) brain receptors, producing the euphoric ‘high’ associated with cannabis. CBD, on the other hand, binds weakly, if at all, to the CB1 receptors. In some instances, CBD actually interferes with the binding of THC, thus negating the psychoactive effects.

In layman’s terms, CBD prevents the breakdown of a chemical in the brain that affects pain, mood, and mental function, thus increasing its level in the blood. This breakdown prevention seems to then reduce the psychotic symptoms associated with conditions such as schizophrenia.

The third example contains high CBD and low THC; strains which usually produce clear-headed, functional effects without the euphoria associated with high-THC strains. With this in mind, we’ve compiled seven of the most popular high CBD cannabis strains that many CBD products are yielded from.

Note: Canavape only use EU pharmaceutical grade carrier ingredients and known/approved vaping additives such as flavourings. All CBD used within Canavape products is pharmaceutical cGMP grade CBD manufactured in the UK. 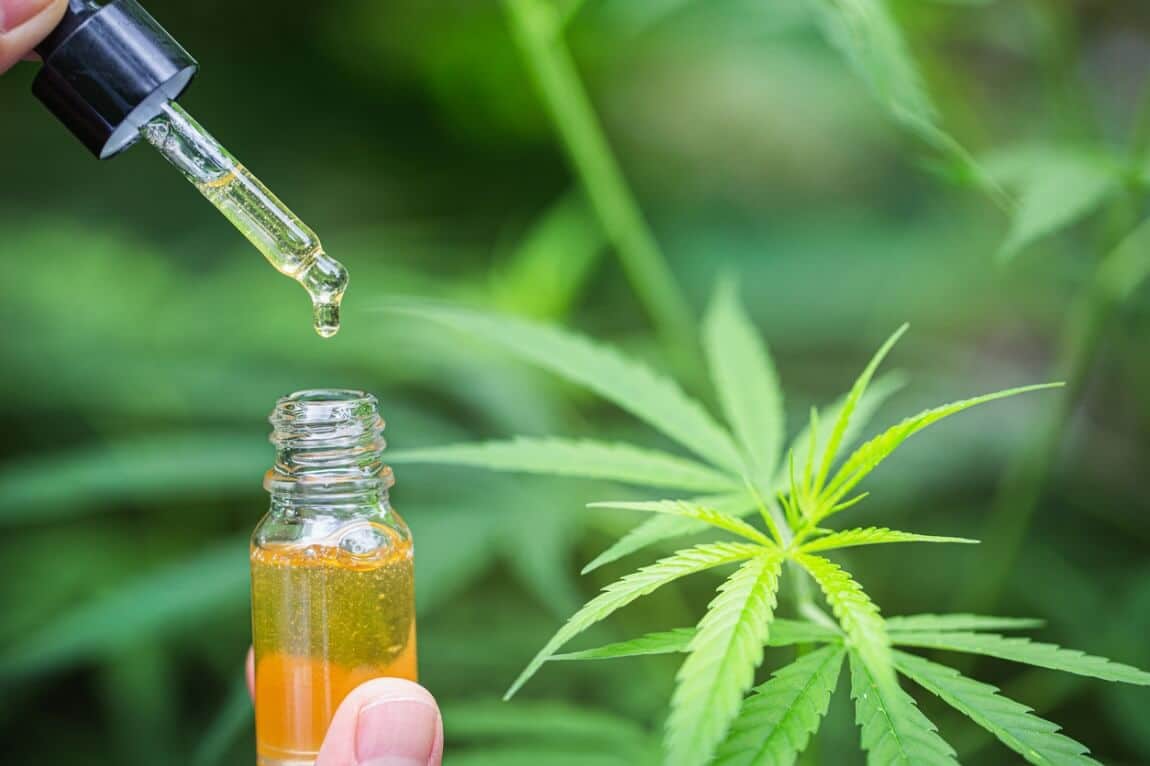 Initially named ‘Hippie’s Disappointment’ due to its 30:1 CBD/THC ratio, this strain features numerous medicinal properties such as minimising pain and controlling seizures; the latter made famous its first patient, an American child named Charlotte Figi.

Charlotte suffered from a rare and severely debilitating form of epilepsy known as Dravet Syndrome, which caused her 300 seizures a week at the age of five. After exhausting all pharmaceutical options, Charlotte’s parents administered her the strain in CBD oil form, which had such positive results the strain cultivators changed its name to Charlotte’s Web.

Another high CBD pioneer, Sour Tsunami is specifically bred for high CBD as opposed to high THC content. The creator, Lawrence Ringo, cultivated the strain to alleviate his own back pain, which he says completely disappears a short time -approximately 15 minutes- after consumption. Like Charlotte’s Web, this strain is widely considered to be potent pain reliever, without the physical or cerebral high.

A play on “catatonic,” Cannatonic is a Spanish hybrid strain cultivated to produce a high CBD/low THC profile. Consumers report of a relatively short, yet mellow sensation that finely balances relaxing effects with a mild euphoria.

As a leading medical strain, Cannatonic is frequently used to treat muscle spasms, migraines, anxiety, and a whole host of other physiological and psychological symptoms, establishing it as a common introductory CBD strain.

A popular night-time strain, Critical Mass delivers soothing sleep-inducing effects making it an ideal remedy for insomnia. Bear in mind that this one does contain a fair amount of THC; however, consumers often enjoy the pleasant dreams it can elicit when taken in small doses.

This Cannabis Cup winner’s hemp-like composition provides a great option for those seeking a natural form of relief without the high. Its therapeutic, yet lucid effects are highly acclaimed, while it’s also said to be helpful in alleviating the symptoms of conditions such as social anxiety and ADHD.

Harle-Tsu is a hybrid strain that treats a whole spectrum of ailments, from anxiety and depression to insomnia and epilepsy. It’s also said to induce pleasant feelings while providing a mild energy boost.

The second most potent CBD strain on the list at 24:1, Ringo’s Gift amalgamates ACDC and Harle-Tsu, producing a mellow blend of cerebral soothing and full-body relaxation, without the ‘couch lock’ effect. Due to its significant CBD content, it’s known to alleviate the symptoms of a range of psychological and physical conditions, from PTSD to arthritis.

Previous What Is Reverse Tolerance?
Next What Is Hemp Seed Oil And Does It Have Side Effects?