The exact number of cannabinoids is difficult to pin down, as most of them are only present in miniscule levels which makes identifying them problematic. The general consensus, however, is that approximately 110 exist. But with cannabinoid research being in its early phases, it seems likely that this number will grow as further discoveries are made.

Produced naturally in the body by humans and animals. Examples: anandamide (AEA) and 2-arachidonoylglycerol (2-AG).

Artificially manufactured molecules that bind to the same receptors as natural cannabinoids, often found in illegal synthetic cannabis products such as Spice.

Before 1988, it was largely thought that cannabinoids produced their behavioural and physiological effects via nonspecific interaction with cell membranes. Howlett and Devane’s research (1988), however, revealed that the mammalian brain contains a number of cannabinoid receptors that respond to the compounds found in the cannabis plant.

It was also later discovered that these newly found cannabinoid receptor sites are actually the most abundant type of neurotransmitter receptor in the brain. There are two currently known types of cannabinoid receptors – CB1 and CB2 – with mounting evidence of more that are as yet undiscovered.

THC is the cannabis plant’s active ingredient and its most abundant cannabinoid. When it interacts with the brain’s cannabinoid receptors, it produces temporary psychological changes – the euphoric high associated with cannabis – together with tachycardia (increased heartrate) and vasodilatation (decreased blood pressure). While the effects typically last a few hours, THC can persist in muscle tissue for months.

Another plant cannabinoid that’s currently receiving media attention is cannabinol (CBN), which is another cannabinoid that is not directly synthesised by cannabis, but instead is a breakdown compound of THC. Older cannabis flower products – particularly ones stored incorrectly – tend to have an abundance of CBN compounds as the long-term exposure to oxygen breaks the THC down into CBN.

In terms of effects, CBN has been observed to result in sedation, which is further compounded when combined with THC. It’s also said to possess anticonvulsant, antibiotic and anti-inflammatory properties. Despite its promising potential, CBN remains an understudied cannabinoid, and therefore further research needs to be conducted in order to ascertain its precise effects.

Accounting for around 40% of the cannabinoids in an average cannabis plant, CBD is the cannabis second most abundant cannabinoid. It’s currently having a zeitgeist moment, as its potential positive effects receive news coverage and more and more retailers expand into CBD products such as CBD oils and CBD e-liquids.

Early studies carried out on the effects of CBD on the human body suggest that it could prevent the breakdown of neurotransmitters responsible for pain and mood regulation (serotonin and norepinephrine). This breakdown prevention causes the neurotransmitter levels in the blood to increase, which may be why CBD is used by some to combat depression, anxiety, and chronic pain.

Often referred to as a stem cell, CBG is the precursor to CBD, CBC, and THC. This means that CBG’s acidic form, CBGA, is broken down to become the base molecule that produces numerous cannabinoids, including those we’ve mentioned. After being broken down, the cannabis plant contains just 1% CBG.

A recent study found that CBG made lab rats hungrier, which leads some to think it could be a useful compound for helping bolster the appetite of chemotherapy patients.

CBC, or cannabichromene, is another cannabinoid that stems from CBGA, and it’s a non-intoxicating compound that largely benefits from the entourage effect. CBC doesn’t bind well with CB1 receptors, therefore psychoactive effects are minimal. It does, however, bind with the TRPV1 and TRPA1 receptors, which are both linked to pain perception. Upon activation of these receptors, increased levels of the body’s natural endocannabinoids – such as anandamide – are released.

Like CBG and THC, CBC may supplement future cancer treatments due to its interaction with anandamide (one of the body’s key endocannabinoids), which causes it to remain longer in the blood. Its anti-inflammatory properties evident here are reinforced in a study on skin and acne, which highlighted CBC as a powerful acne inhibitor as it simultaneously suppresses excessive lipid production while exhibiting numerous anti-inflammatory properties.

Tetrahydrocannabivarin shares a similar chemical structure to THC, as well as its psychoactive properties. However, it features a wide range of prominent, yet altogether different effects. In contrast to THC, THCV is an appetite suppressant, therefore its medicinal value is better suited to people aiming to lose weight.

The cannabinoid may also mitigate panic attacks and reduce the symptoms experienced by PTSD patients, without the mood flattening effects observed in some medications. It does this by activating the body’s CB1 and CB2 receptors which then produce happiness and pleasure-promoting neurotransmitters, such as anandamide. Anandamides are the body’s natural antidepressants, therefore when their concentration increases, the symptoms of PTSD, such as anxiety and fear, are dampened and overridden by positive thoughts.

Effects of cannabinoid synthesis and the entourage effect 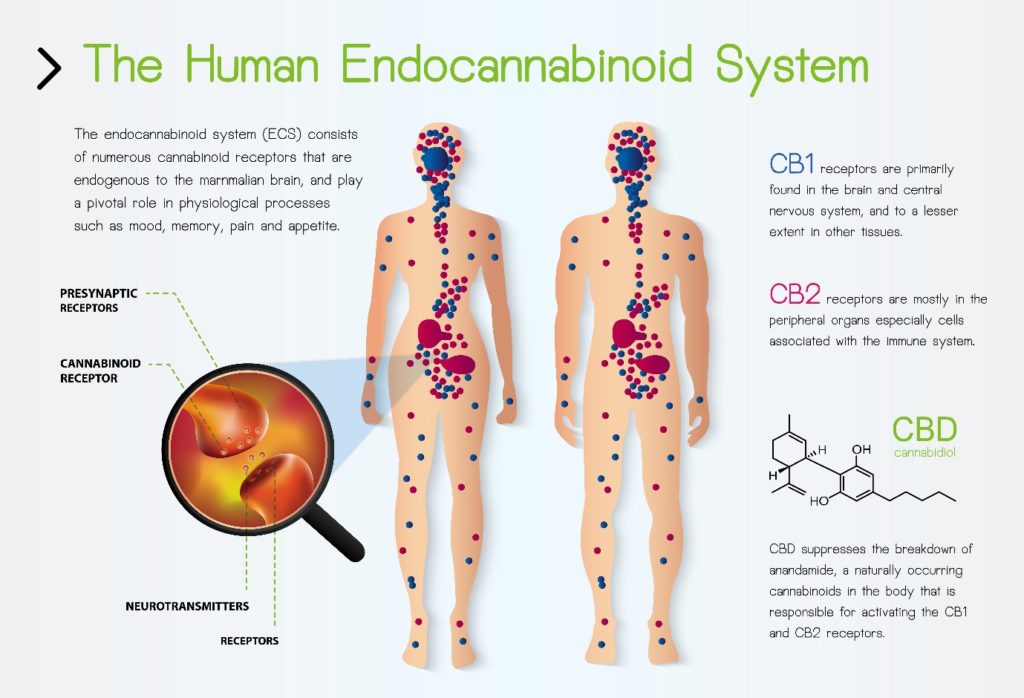 The majority of phytocannabinoids are not intoxicating, however, their presence can influence the effects that THC has on the brain – this is known as the entourage effect. This phenomenon can be observed in CBD’s interaction with THC. For instance, while CBD won’t produce euphoric effects in isolation, it influences the way in which THC binds with the CB1 receptors, therefore the synergy between CBD and THC determines how THC affects the brain.

Further evidence of the entourage effect can be observed in the interaction between THCV and THC, the effects of which are dependent on dosage. At low doses, THCV seems to reduce THC’s capacity to activate CB1 receptors, such as CBD. At higher doses, however, THCV may in fact activate CB1 receptors like THC. The takeaway here then, is that dosage has a great influence on how a certain compound will affect the brain.